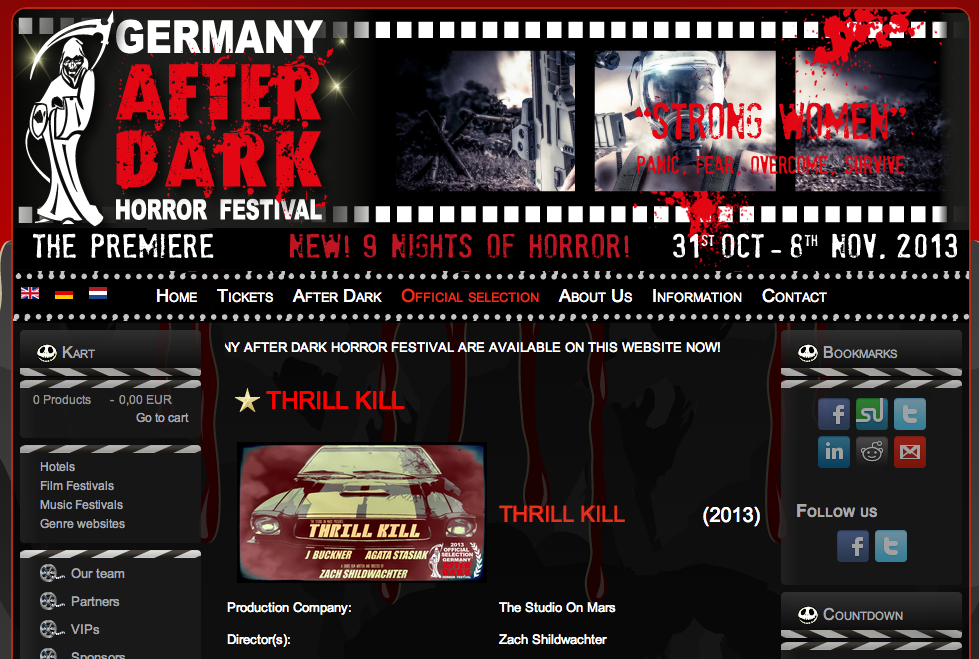 Last June I mentioned here that two of my tracks from the “Travels” album were used in a short horror movie called “Thrill Kill”. It was released by The Studio on Mars and written and directed by Zach Shildwachter.

This week, “Thrill Kill” will be playing at the Germany After Dark Horror Festival, where it has been named an Official Selection. A great achievement for Zach Shildwachter and his team. My congratulations go out to the guys and girls of The Studio on Mars.

The link to the website of the Germany After Dark Horror Festival:
http://www.germanyafterdark.com/

Check out the “Travels” album on Bandcamp:
http://crowslabyrinth.bandcamp.com/album/travels